February 12th, 2022 by Jason Bayless | Posted in Uncategorized | No Comments 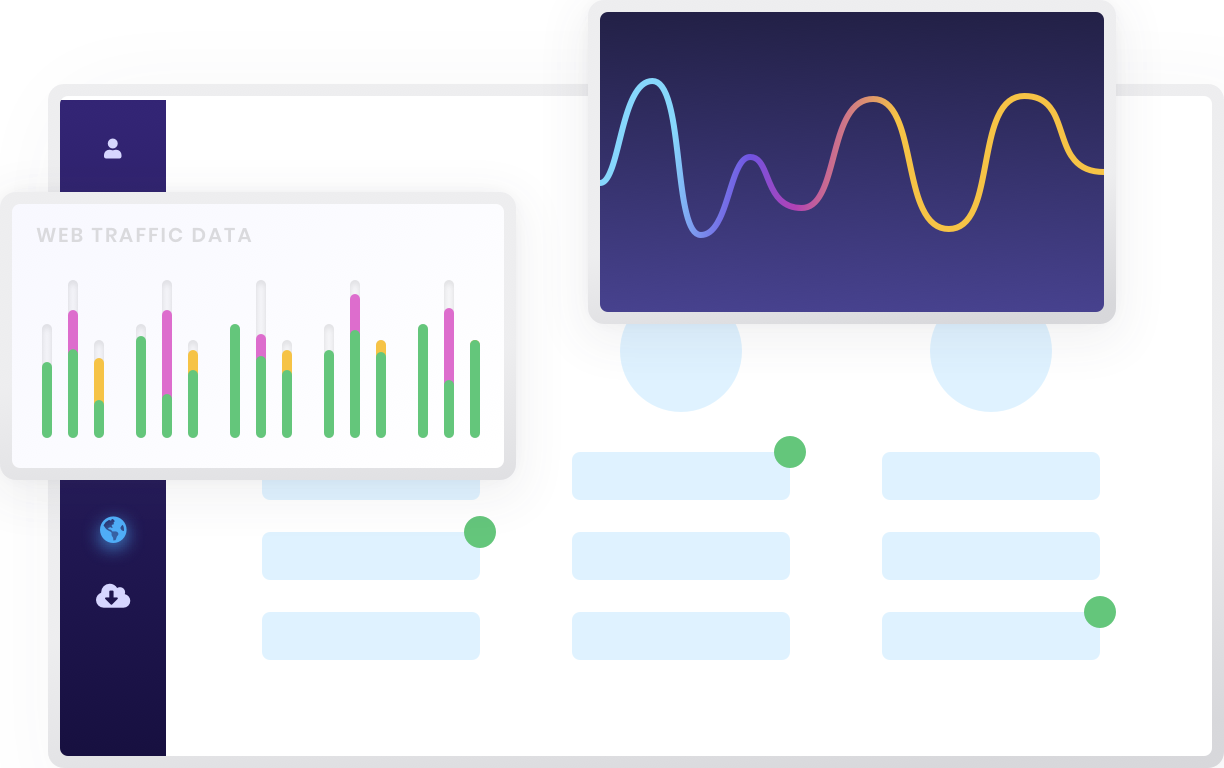 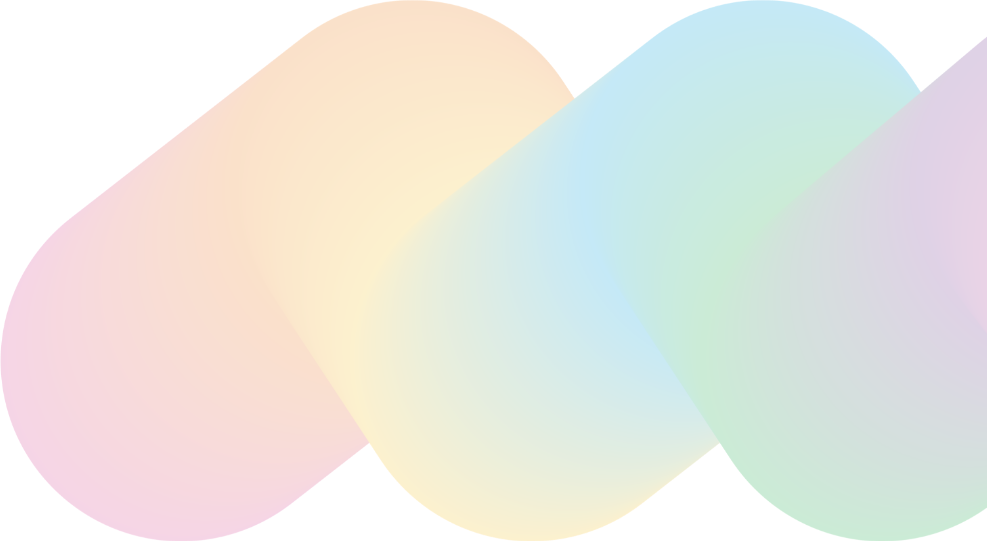 Web developers and designers both build websites, so mixing them up is easy. Businesses and people looking to build a professionally-looking website need both skillsets to achieve their goals. Below is an overview of the main differences between a website designer and developer, including what they do:

The Role of a Web Designer

UX (user experience) designers focus on optimizing the user experience on the website. The UX designer has done their work right if people enjoy browsing and using the site’s features. UX designers often conduct thorough research into your site’s audience and demographics. They also conduct prototype testing and site restricting to deliver the best user experience.

Visual designers are a special group with UI, UX, and graphics design skills. Their work is to optimize the user journey and ensure the complete product is attractive and precisely as intended. Visual designers can conceptualize the site’s brand and tone and work alongside UX and UI designers to resolve design issues. Because of their vast skillset, visual designers have varying roles, depending on what you want.

The Role of a Web Developer

Web developers often referred to as programmers, are responsible for transforming the designs from web designers into functional applications. A web developer

specializes in creating website applications and programs to execute the intended design. To build a smooth-running website with functional features, the developer will use one or many programming languages (Javascript, jQuery, PHP, Python, Node.js, and more). Web developers can fall into three main types; Front-End, Back-End, and Full Stack.

The front end or client-side of a website refers to everything a user interacts with when visiting a page. It includes navigation menus, buttons, widgets, texts, colors, styles, images, tables, graphs, animations, and other displays. Front-end developers use languages like HTML, JavaScript, and CSS to develop the structure, design, and behavior of all content displayed on the screen. These web developers are also responsible for optimizing responsiveness.

Also known as server-side, the back-end of a website refers to everything the user doesn’t directly interact with. Server back-end elements include data libraries and structures, APIs, system components, and scientific programming. Back-end development deals with everything without an interface and involves complex languages like Java, SQL, and C#. The web developers write the codes and spend considerable time testing and fixing bugs.

A full-stack website developer is a complete package with expertise in all aspects of web development. Full-stack developers work in stacks or layers and handle both front-end and back-end. Their work is to ensure the site runs smoothly and everything responds as intended. Full-stack developers also test and debug site applications and have knowledge of multiple coding languages.

Web designers and developers have many differences when examining what their main job involves. The two professionals will cross each other’s paths because developers rely on designers’ input. It’s also possible to have web design and development skills. Here are the main differences between a web designer and a web developer:

1.    Designers are Creative, Developers are Technical

A web designer’s work involves creating the best visual elements and sleek transitions and navigations. The goal is to make the website as aesthetically impressive as possible while retaining the core elements of branding, style, and

usability. Web designers have to be creative to deliver unique websites for a specific audience.
Developers can be creative, but that’s not their top quality. Programming web applications, APIs, and other code-work are more of a technical job than designing visual elements. Web developers are technical and handle components that users don’t see when browsing the website. Their goal is to transform designs into functional websites.

Web designing is all about taking the client’s vision and ideas and organizing them into impressive designs of how the website will look. Designers feed off ideas to provide aesthetic elements. The web designer must integrate the client’s brand and color palettes and identify the features required to achieve specific activities.

Developers use the structures and designs provided by the web designer and transform them from static displays to functional/running websites. Web developers seldom need new ideas because their work is straightforward. They can determine the best programming languages and scripts to ensure the website runs how the client and designer envisioned.

Web design refers to creating a website’s outside appearance. Whatever the user can see or feel on the outside falls under web design. The designer usually needs thorough research to understand the user journey and customize the interface for the site’s audience. Their work involves determining the graphics, layouts, themes, navigations, and other visual elements.
Web developers focus on the core functionality of the website. If a designer chooses a top menu with a drop-down list, the developer needs a code that allows users to access the drop-down list when they click or hover around the icon. Web developers program the unseen codes and scripts necessary to render/deliver the design users interact with.

Web designers use various tools and applications to produce premium website designs that developers can import to their systems. Popular web design applications include Adobe Photoshop, Dream Weaver, Illustrator, and Sketch. Designers also have access to hundreds of top-rated online design tools and platforms. Most of these tools are used to design the website’s graphical elements.
Developers use programming languages such as HTML, CSS, JavaScript, Python, C++, PHP, jQuery, and Ruby. Each programming language has unique benefits and drawbacks, and developers often have a general understanding of all languages but specialize in one or two. Web developers can use online tools or programming

software installed in local computers. The website may also require codes and scripts from different languages.

The web designer’s work is to conceptualize a website’s appearance and the journey its audience will make across the pages and features. Most designers will create mockups using visual, UX, and UI elements to have a better feel of how the website will look to the final user. This role calls for thinking outside the box and leveraging the best designs, technologies, trends, and tools.
Web developers are called to execute what the web designer delivered. The developer will review all designs and concepts to determine if they are technically and financially plausible. If everything looks okay, the web developer will execute the designs through programming and writing the codes needed for each component/element. Developers will also test and debug the site to ensure it functions as envisioned by the designer.

Web designers need various skill sets to provide impressive website visuals and interfaces. A web designer should be knowledgeable in HTML and CSS, web design principles, accessibility standards, and responsive/interaction design. A designer’s other skillsets include CRO, user journey mapping, wire-framing and prototyping, branding, typography, and color theory. Web designers must also know how to use design tools and software.

Developers need different programming and coding skills to transform designs into functioning/live websites. The essential web development skill is a profound knowledge of coding languages like HTML, CSS, PHP, and JavaScript and frameworks like jQuery. Other skills include testing and debugging, back-end and database programming, content management systems like WordPress, search engine optimization, and website security.

Freelance web designers usually charge from $10 to $50 per hour. Working with an agency costs more but comes with various advantages, such as 24/7 support, a better knowledge base, and accountability. The site and features also affect the cost, but web designers generally have lower rates than web developers. A freelance developer will charge from $30 to $60 or more per hour.
Since you’ll need both web designers and developers, planning for your budget is vital. Using an agency will provide both professionals under the same roof. You can save more with agencies than with separate freelance designers and developers. Still, the company will charge you more for development than design. The fee difference is because web development is more technical and requires experienced programmers.

You need a web designer for projects involving creating layouts, editing photos and videos, and designing site branding. If the project concerns enhancing the outside look of your website, it suits a web designer. Web developers take on projects involving programming new features and codes.
Hire a web developer if you need a new contact form, mobile website app, or server/hosting testing and debugging. Web design and development services often go hand-in-hand because you need both to create a functional website. Developers rely on designers to create detailed layouts and interfaces. Designers need developers to convert the visual designs into programs and websites that users can interact with.

There are several other minor differences between a web designer and a web developer. The designer brings a brand’s ideas to the screen and can accurately determine what the site’s audience will enjoy. Once the design is done, the developer will program core structures and functionalities to deliver the designed experience.

If you create a website from scratch, you probably need both professionals. Those with an existing website may only need a developer for specific functionalities or a designer to tweak different visuals. Some web designers also have web development skills and vice versa. It’s, however, advisable to work with experienced professionals specializing in one or the other.